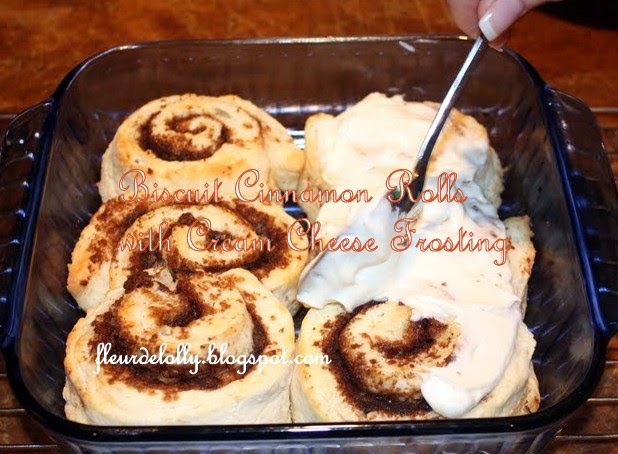 I received this recipe from Serious Eats.  They noted on their recipe that they combined recipes from the Denver Biscuit Company and The New York Times.  This isn't your typical yeasty cinnamon roll.  It's definitely a biscuit type dough, but made lighter by using cake flour.  I know that reads confusing, but try these and you'll see what I mean.  Sweet Harold is quite happy with the results.  That's all that matters in my world.  : )
2 1/4 cups cake flour, plus more for dusting1 tablespoon baking powder
1 tablespoon sugar
1 teaspoon salt
6 tablespoons cold unsalted butter, cut into 1/2 inch cubes
3/4 cup whole milk 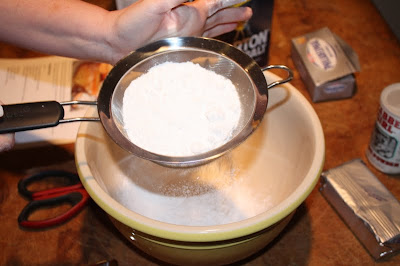 Cut the butter into the flour in the mixing bowl using a fork or a pastry cutter until it resembles coarse crumbs.  My what a death grip I appear to have on that pastry cutter. 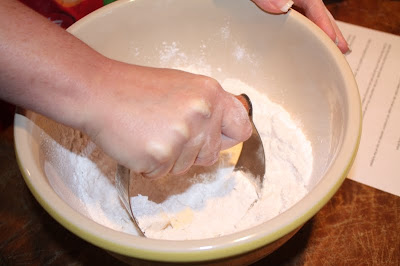 Add the milk and stir with a fork until it forms a rough ball. 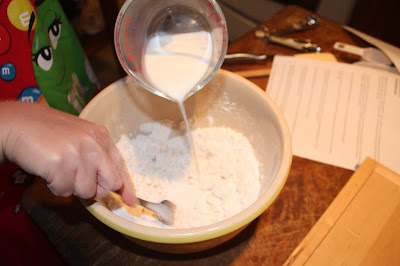 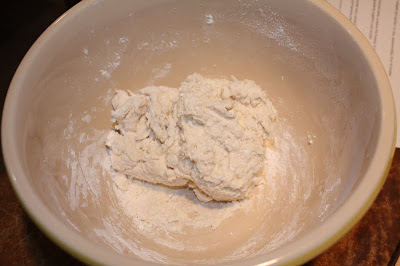 Turn the dough out onto a well-floured surface. 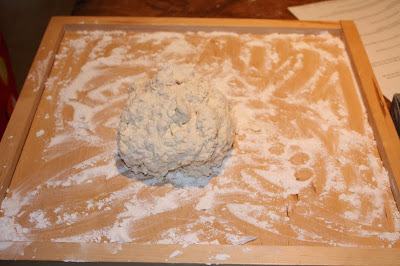 Pat it down into a rough rectangle, about an inch thick. Yeah, I know that it still looks like a circle, but Sweet Harold got camera happy and was hurrying me along.  He was hungry. 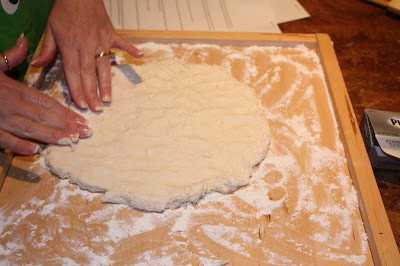 Fold it over and pat it down again, as gently as you can.  Repeat.  Now gently pat out the dough some more, so that the rectangle is roughly 10 inches by 6 inches. 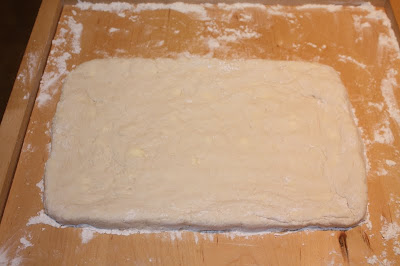 Cut the dough lengthwise into strips about 1 inch thick, so that you have six 10-inch long strips. 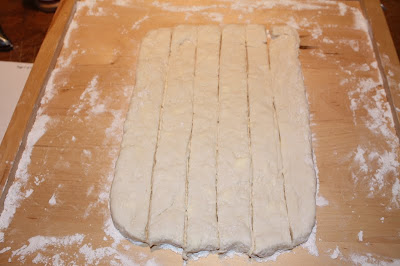 Brush each strip with melted butter. 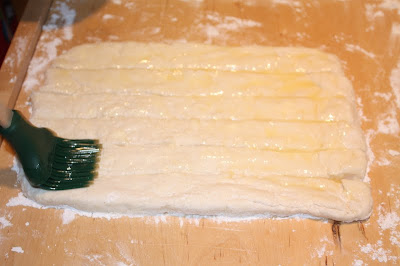 Mix brown sugar and cinnamon; sprinkle on top of the buttered biscuit strips. 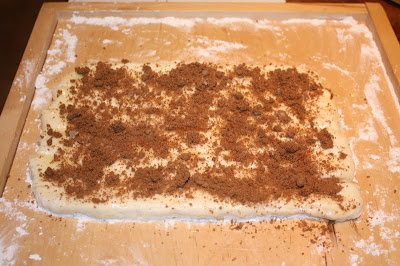 Gently roll the strips into loose spirals, and then place them into a well-greased 8 x 8-inch baking pan in two rows of three. 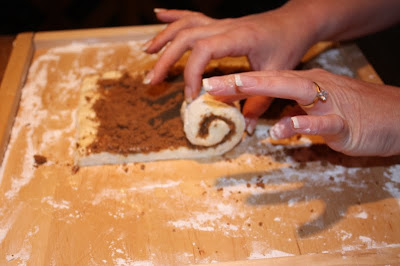 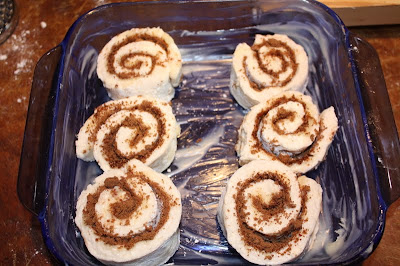 Brush the tops of the biscuits with any remaining melted butter.  Bake until crisped and golden on top,  approximately 10 to 15 minutes. 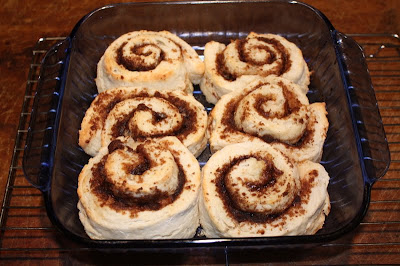 While the biscuits bake, prepare the frosting.  In an electric mixer fitted with the paddle attachment, mix all of the frosting ingredients together until smooth. 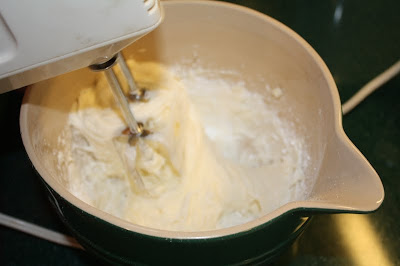 After the biscuits have cooled for about five minutes, pour the frosting directly on top of the biscuit-rolls; the frosting should become soft and melt just enough to evenly distribute.  Serve while still warm.

As you can see I started out spooning the frosting on so carefully.  Sweet Harold (still hungry) told me to pour it on!   So I did.  Enjoy these on a lazy morning sometime soon.  You'll love them. 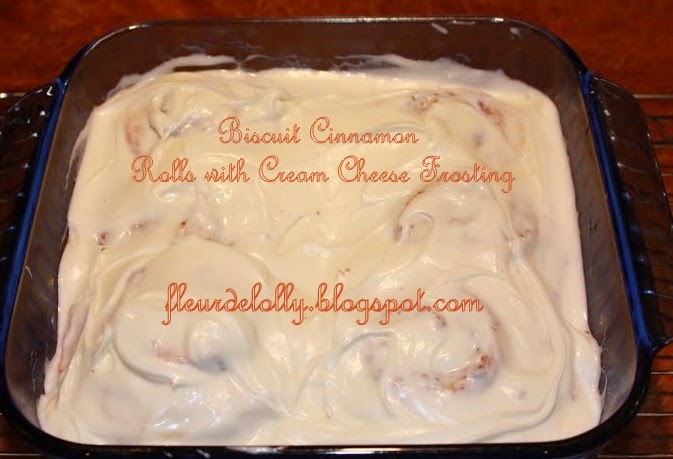