Upon a recommendation from a fellow vacationer, last night's dinner was courtesy of Peppers Mexican Grill and Cantina located in downtown Port St. Joe, Florida. The restaurant is brightly decorated with your typical Mexican Restaurant vibe and there were numerous TVs located around the exterior walls with various sports programs playing. We were immediately greeted and shown to our table with no waiting. We were ahead of the crowd!
We started with margaritas! 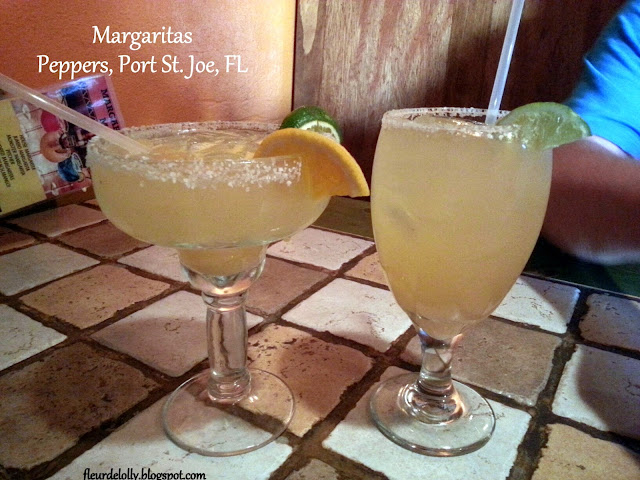 Mine is on the left and is the Guadalajara Margarita $8.99.  The menu description states:  Made with our homemade sweet and sour mix, Don Julio tequila, Grand Marnier, Triple Sec served chilled and straight up.
It was sooooooo smooth with none of that syrupy, overly sweet taste that you sometimes get. Sweet Harold's version was the regular margarita $6.99. I gave him a blind taste test and he preferred mine over his.
Chips and Salsa were almost immediately placed on the table when we were seated. The chips were served HOT and were very fresh. The salsa had the taste and texture of tomatoes which had recently been peeled and crushed. There was just enough heat and cilantro, neither were overdone. 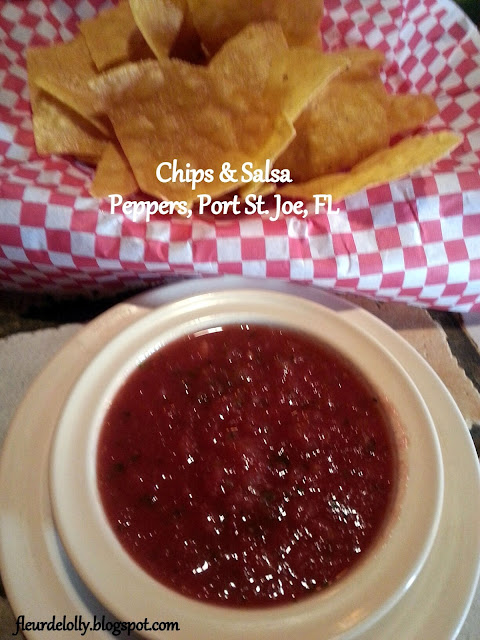 Sweet Harold's favorite Mexican dishes are tamales and chimichangas. When presented the menu option of having three chimis, beef, chicken, and shrimp, he immediately placed his order. These were served with a choice of side dishes which included a salad option. However, he went with his standby sides of rice and beans. Each of the chimichangas was STUFFED with fillings. Of the three, he said he liked the beef version the best. Not ground beef, but chunks of tender shredded beef. Side note, we both agreed that the beans were the best Mexican restaurant refried beans we've ever had. $12.99 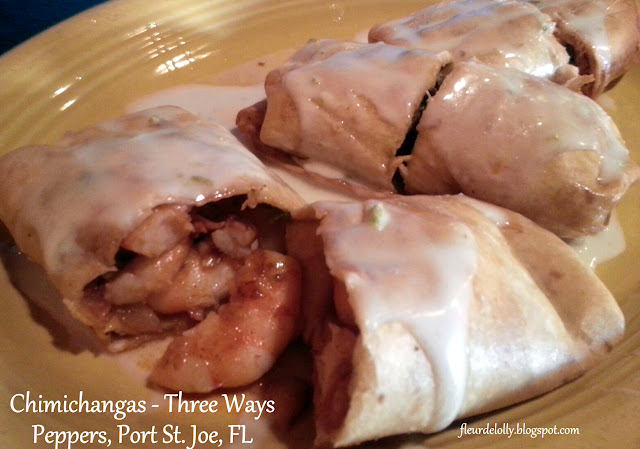 Now it's my turn. There were two options on the menu that caught my eye. But after discussing them with our server, I chose something entirely different and I'm so glad I did! He told me loosely translated this dish was Shrimp with Garlic. $12.99.  The sauce with rich with olive oil and garlic. There were a dozen shrimp with this order. The were cooked perfectly. 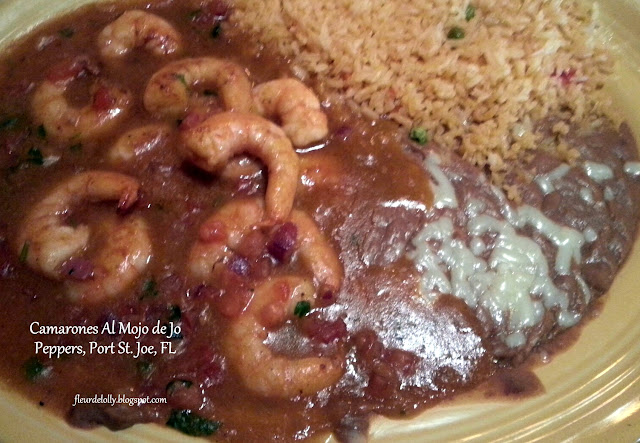 We enjoyed our dinner very much at Peppers and would certainly return on our next visit to the Gulf Coast.