If You Could Eat Gluten, Would You? The Option Is One Step Closer. 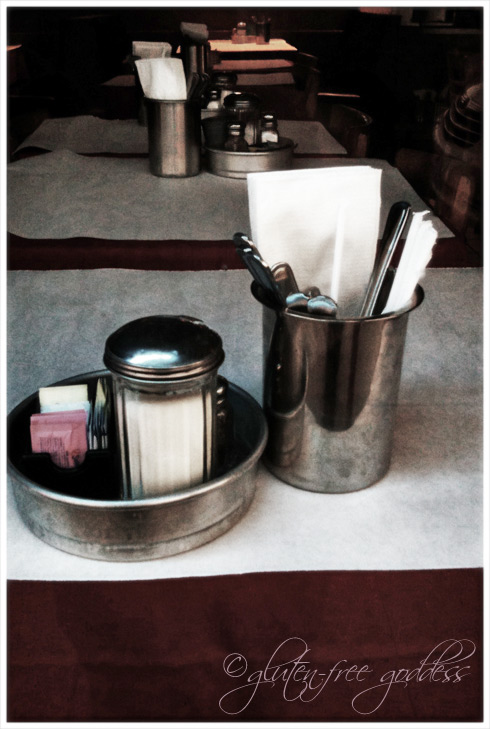 There may be a celiac vaccine in our future.

That's the word from Down Under this month. An Australian biotechnology company called ImmusanT, Inc. is developing an immunotherapeutic vaccine for celiac disease. And guess what? The Phase 1 clinical trial went swimmingly.  Read about their positive results here at the NFCA's Celiac Central.

It's a very odd feeling to imagine eating gluten again, after almost ten years of banishment. A decade of shunning gluten is no small feat. In a food culture that worships wheat, and elevates the gentle science of baking to both a high art (think crusty, fresh baked baguette) and a low art (say, pizza pockets), living gluten-free is akin to attempting to mambo in a minefield.

Not only where you’d anticipate it (pizza, bagels, beer) but in sly, coy disguises, hiding in plain sight (soy sauce, broth, herbal tea). And even the most modest of amounts (a few stray crouton crumbs, perhaps) can trigger one’s hyper-vigilant immune system and ignite a fiery swath of digestive destruction, albeit mostly invisible to the naked eye (unless, like me, you are doubly blessed with symptoms and sport the eruptive skin rash known as dermatitis herpetiformis).

Feelings akin to those sticky, fluttery uncertainties (if not subtle panic) one feels dodging the unbidden proposal of matrimony (or tip-toeing backwards on a Sunday morning walk of shame) begin to trickle in.

Is this something I really want?

And would I, if I could?