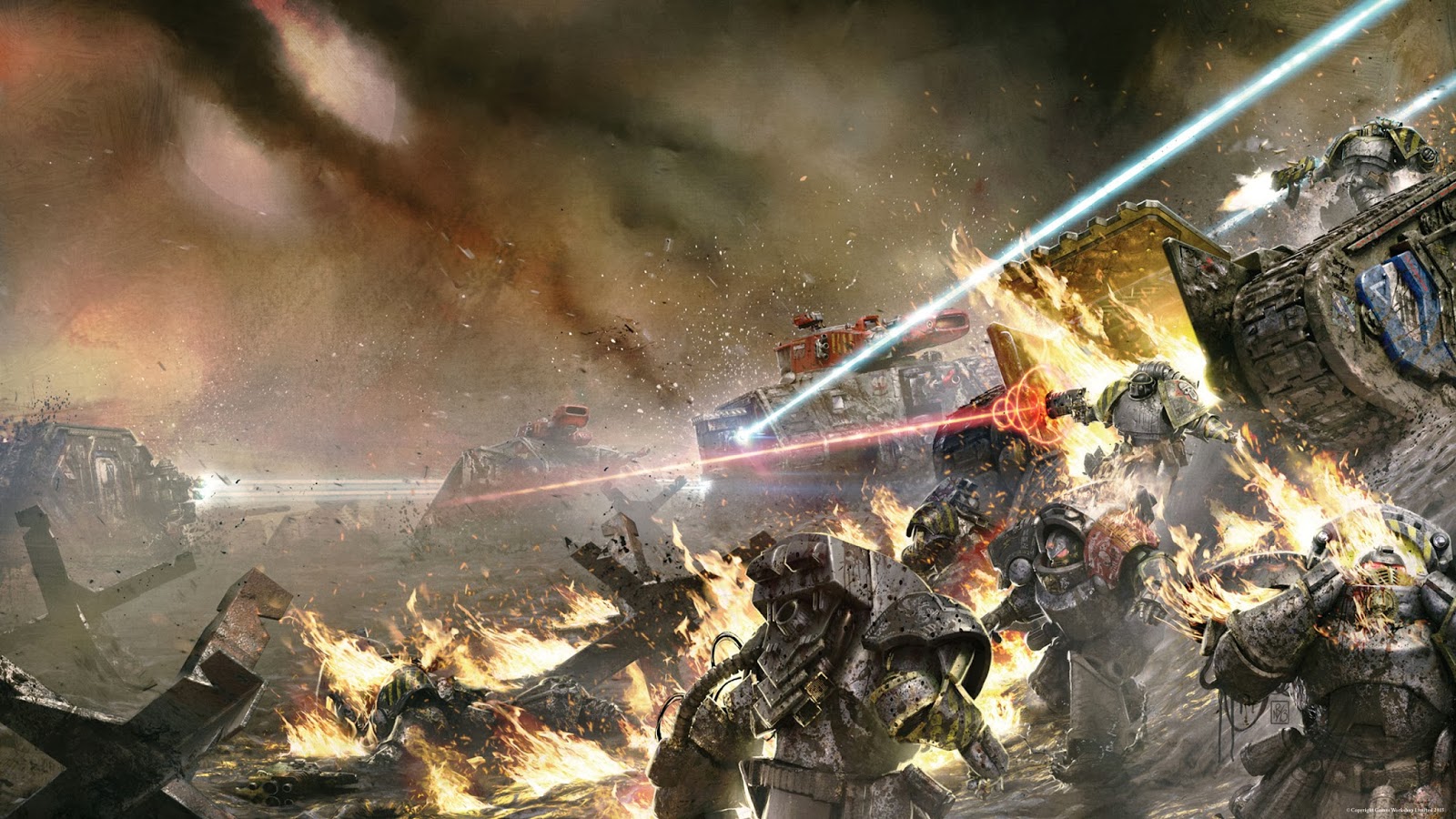 Some quick news of the day. Forge World has now released 3 new Horus Heresy kits for sale on their website. These are the Legion Medusa, and MkII and MkIII command models. Here's a link to take a look for yourself http://www.forgeworld.co.uk/New_Stuff. I've posted some pictures below of the new stuff that's available. The Horus Heresy is definitely starting to take priority for me over regular 40k. How about you? :) 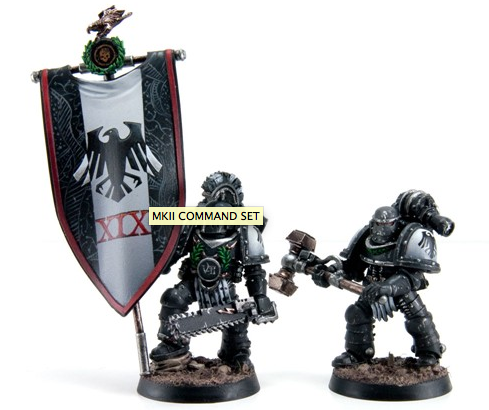 This is the MkII command set. Really nice sculpts on these. As a side note, wow that banner paint-job is terrific! Can't wait to see what the Raven Guard units will look like whenever they are eventually shown. 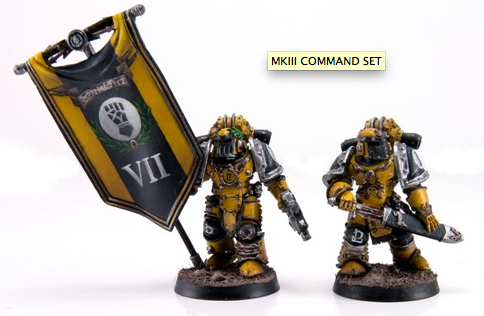 The MkIII Command set. While still great looking, I'm not sure I'm so keen on the drawn sword option on the other model. I'm sure this option will be great for some, just not my cup of tea. Also, is it me, or do Heresy Era Imperial Fists look a lot better and less garish than their 40k cousins? Much prefer this scheme over the new. :) 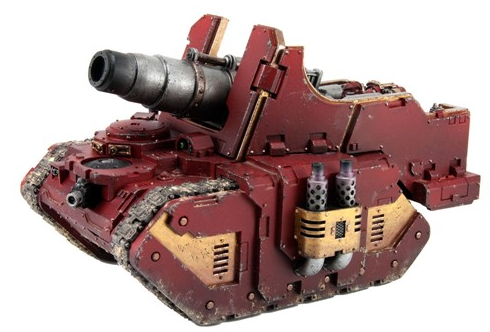 Last but not least, the Legion Medusa kit has been released, following the same chassis as the Legion Basilisk. I like the armored skirting around the gun breech on this pattern of artillery, but i think I still prefer the Basilisk's overall look when compared with this one. Still, great kit though. Had a hard time trying to nail down this color scheme, but I am assuming its Word Bearers, as Thousand Sons would seem a bit far off and hardly the scheme you would use on an artillery piece in my opinion, but without any iconography its a bit hard to be sure.

Overall, as usual, I'm really liking these releases. Glad they finally have the command options for the other armor patterns now, as I thought it peculiar these weren't released sooner. If anyone is still a bit unsure about playing Horus Heresy, I would definitely recommend it for those who are a bit burned out on current 40k rules. This game just has a more grown-up feel and ascetic than GW's current model, and its a blast to play :)