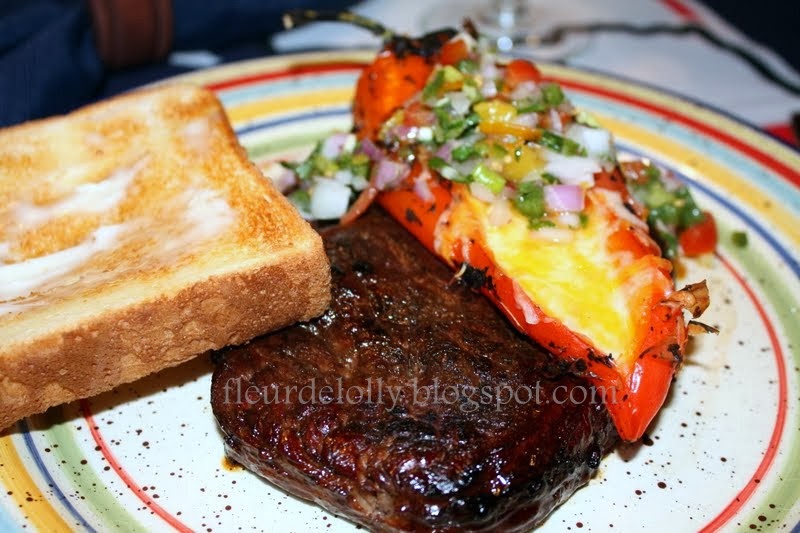 Piloncilla is an unrefined sugar that is commonly used in Mexican cooking.  The sugar has been around for at least 500 years, and was being made before the Spanish came to Mexico around 1500.  It is made when sugar canes are crushed, the juice is collected and boiled then poured into molds, where it hardens into blocks. Unlike white sugar, which is flat and one-dimensional in its sweet flavor, piloncillo is smoky, caramely and earthy.  It has far more flavor than brown sugar, which is generally just white sugar with a small amount of molasses added back to it.  You can find piloncillo in many Mexican or Latin American grocery stores or order it online.
The term "chile relleno" means "stuffed chile" in Spanish.  This is the perfect topper for the gorgeous ribeye.  The pico isn't bad either!

On a platter large enough to hold all 4 steaks, coat each steak generously with the olive oil on both sides, and set aside approximately 30 minutes to bring the steaks to room temperature.
In a bowl, combine the piloncilla and salt, mixing well.  In a separate bowl, combine the goat cheese and jack cheese, mixing well.  Place the roasted, peeled and deseeded chilies on a sheet tray and fill each one with the cheese mixture.
Prepare a fire, or heat butter in a large skillet over medium-high heat.  While the butter is melting, completly coat all sides of the steaks with the pilconcilla rub, pressing the seasoning gently into the steaks.  Sear steaks for 3 to 4 minutes on each side in hot butter, or until the seasoning forms a good crust.  Remove from the skillet and place on a clean sheet tray.  Place the seared steaks in the oven and cook for 6 to 8 minutes or until desired temperature is reached.  Remove the steaks and let them rest.
While the steaks are resting, place the prepared chile rellenos in the oven and cook for 7 to 9 minutes or until the cheese in the rellenos has completely melted.
Texas Pico6 jalapenos, sliced
1 red onion, diced
6 green onions, thinly sliced
2 tomatoes, diced
2 bunches cilantro leaves, stems removed and minced
juice of 2 limes
kosher salt to taste

Toss the jalapenos, onions, tomatoes and cilantro in a bowl.  Drizzle with lime juice, sprinkle with salt and toss again.  Let sit for about 15 minutes before serving. 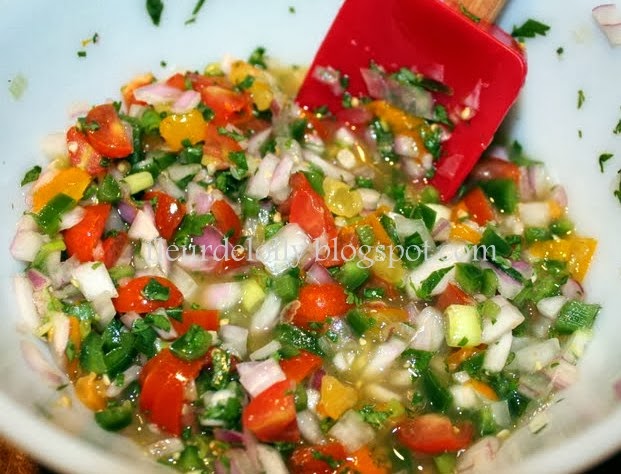 To assemble, place 1 relleno on top of each steak, spoon on some pico and serve immediately.