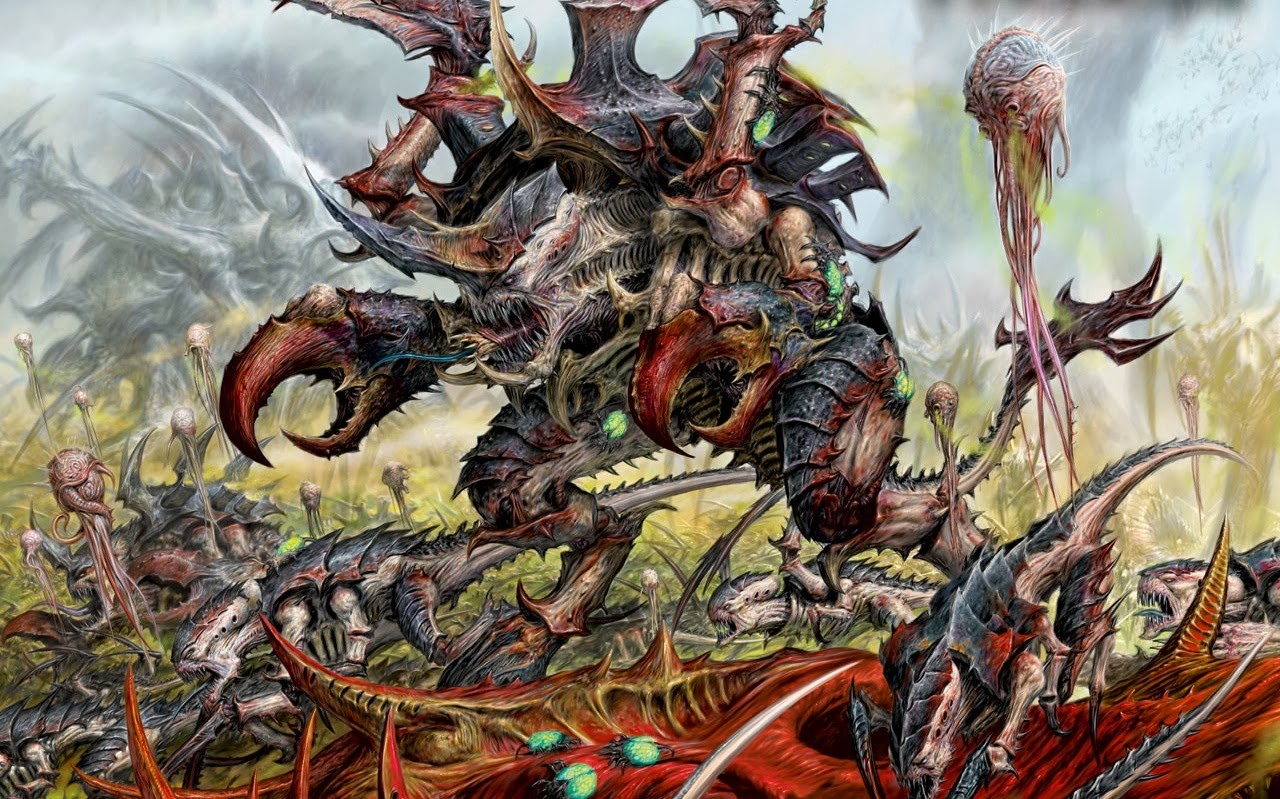 Hey guys, so with the recent release of Tyranids there's been a lot of mixed opinions on it so far. Some people seem to downright hate it while others are feeling disappointed on a lot of it. In some ways i understand this; no one wants to get a bad codex or feel like its somehow less because models/characters were given the axe. Here's my thoughts on the new book so far, and also on those who lament previous iterations of rules/codices.

So there is less named characters in the new book. No Doom of Malantai, no Parasite, etc. I get that for some people this is a bit disappointing. Whenever something is taken out and not replaced it feels like you are paying more for less. If this was Space Marines, people would likely rage hard about the lack of some characters, especially iconic ones. Lets look at it this way though, the few named characters that ARE still present in the book are pretty dam good for their points. All of them definitely have their uses, depending on your playstyle.

When it comes to troops, i think the most disappointing is perhaps that Genestealers are still not worth it in most cases. A bit of a let-down there i think most would agree. On the plus side, fielding large units of troop options is extremely cheap in points. Gaunts can be taken in huge numbers for a really low cost provided you don't get carried away with biomorphs.

Heavy options are pretty nice, and there is a lot of options for a pretty good base cost here. Some may not like fielding many big bugs, but for the price, its possible to have quite a few now. One could go on and on about the benefits and disappointments of the book, but to me the biggest head-scratcher and disappointment is the removal of the Mysetic Spore Pod. All the time spent making new bug models could have easily been spent making a pod model, that people really want to use. The frustration at a lack of this to me is the most valid and understandable of all the gripes i have heard so far. Which bring me to my last point i guess. Remembering the older days of "superior" rules.

If you talk to many experienced players who have been playing Eldar, Chaos Space Marines, or Tyranids since 3rd edition, you will often hear them recalling the amazing power combos that they could field back in the "good old days". While this was true for all of these armies, in that they had some very terrifying rules and unit combos, it was also true that in a lot of cases they were so powerful that many people did not want to play against them, and did not have much fun when doing so. Having said that, some of the units and how good they were back then were not so bad that they needed to be hit with the "nerf bat" as hard as they were over the next 3 editions, and a lot of what made those books great has been lost in the recent years. While its sad that this happened, we all need to accept the fact that there is little to no chance, that those books will reach the same heights as they once did - although Eldar are definitely close to what they were in some ways - and move on with what we have, or try and maybe play a new army if we are too jaded on the other one. If we enjoy the army enough, there is ways to make them work. If its enough to make you quit the army, then maybe you really werent in it for the army but for the competitive edge it gave, in which case maybe ask yourself what kind of gamer you really are. (I like to play for fun, but i can be relatively competitive when i try to be, but its not what dictates my hobbying/gaming habits) All armies are fun and can be interesting when used, but each book is its own, and as each is renewed, maybe we should try to just look at it with fresh eyes, rather than clinging doggedly to older days and memories of them.